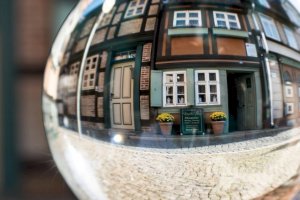 The Dublin residential market stabilised somewhat in 2016 as both buyers and sellers had to align expectations in order to close a sale. The opening and closing quarters of the year saw the greatest growth at 1.4% each. Price growth in 2017 will be moderate, with Lisney models suggesting between 4% and 5%.

Unlike many other parts of the economy, Brexit should have a positive impact on the Dublin office market in 2017.It will result in increased activity from companies looking to relocate from London and elsewhere in the UK. This is likely to culminate in various deals being agreed towards the end of 2017. New office construction will continue to be one of the main talking points of the year

Vacancy rates in Dublin and in prime retail locations nationwide have reached extremely low levels. With little or no new construction underway, expansion opportunities in key areas will be difficult for the foreseeable future. There is an increasing variance in the level of rents that different types of retailers can pay. Restaurants and food operators have been the driving force behind the increase in rents.

In 2017, Lisney expect to see private investors and investment funds continue to buy property as an income-generating, real asset. There are still good opportunities in major Irish towns and cities at prices that are well below any replacement cost.

The development land market continued to perform well in 2016, with a relatively strong volume of sales achieved. The supply of new homes remained suppressed during 2016, in spite of strong demand and positive economic fundamentals. In the second half of 2016, there were positive signs that the supply of new residential property was increasing, with a number of developments commencing. This momentum will gather pace in 2017, with a number of large multi-phase developments due to get underway. Demand will be buoyant for residential sites in 2017, particularly those that are suitable for starter homes.

The strong activity over the previous two years in the industrial market continued into 2016. Sales activity did drop in 2016, due to the scarcity of stock but also due to the number of owners that have purchased buildings under the Capital Gains Tax holiday. This will continue to limit the number of properties coming to the market for sale up to 2020.

Demand for prime investment assets in the Cork region will remain strong. Although construction will commence on new office schemes in 2017, however no new speculative development is anticipated in the retail or industrial sectors. In the residential market, construction is expected to start on a number of schemes in the suburbs and satellite towns to meet growing demand.

The Northern Ireland property market in 2017 will experience similar challenges to those of 2016. The uncertainty that Brexit has brought to the capital markets will take time to play out. The lack of available properties, particularly larger buildings, will remain a concern in the office and industrial markets. Prime Zone A rents will increase during the year

See how we can help you today