The Daft Q3 Rental Report is in! 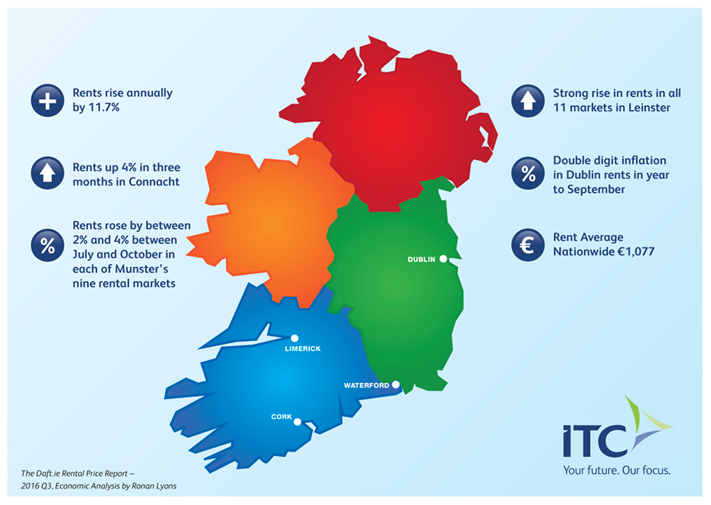 The Daft.ie Q3 Rental Report has landed and the rise in rental prices shows no sign of slowing down. On average, rents nationwide have risen almost 4% in the last quarter. Between July and September, we have seen the biggest 12-month increase in average rent since 2002.

See how we can help you today